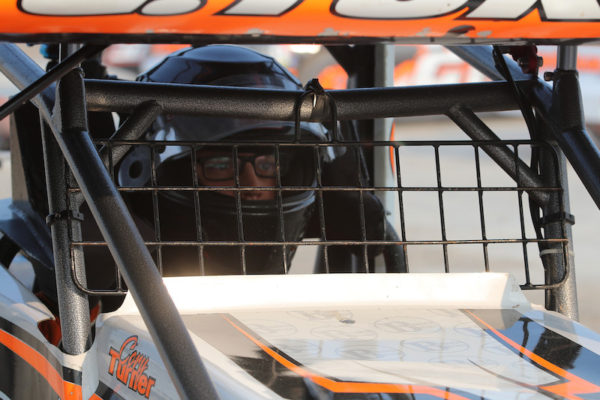 CAISTOR CENTRE, Ont. (August 7, 2019) – After a week off to rest and prepare, Cory Turner is set for a championship push at Ohsweken Speedway and with the Southern Ontario Sprints. The Tillsonburg, Ont. native is eager to get back behind the wheel of his Burger Barn/Ace 1 Construction/Mobil 1 No.13 360 Sprint Car at Ohsweken on Friday, August 9 for the first time since a second-place finish at Brighton Speedway on July 27.

At Ohsweken, Turner currently sits fourth in the weekly Kool Kidz-Corr/Pak 360 Sprint Car standings, but remains within striking distance of the top spot with only 25 points separating him from Dylan Westbrook. With the Southern Ontario Sprints, Turner’s deficit is just six points from the number one spot, currently shared between his brother Ryan Turner and Mitch Brown.

“We’re going to give it our best shot to win a couple of championships,” said Turner, the reigning SOS champion. “We’re going to try and finish strong. We’re really looking forward to it.”

Last time he unloaded his No.13, Turner drove to a runner-up result at Brighton. The No.13 has been strong in each of his three starts at Brighton this year where he has scored a pair of victories as well.

“We ran second and had a good car. It just wasn’t quite as good as the last two times we were there,” Turner said of the July 27 race. “The track was faster and there was more moisture than when we went in July. We’re still very happy that we’ve earned two wins and a second-place finish at Brighton so far this year, so we’re really looking forward to going back there for Labour Day weekend.”

Prior to the Brighton event, Turner competed in the Northern Summer Nationals at Ohsweken on July 22-23. On the first night of the event, Turner’s night did not go as planned after he tumbled into the turn three fence in his heat race after starting in ninth.

“They were only taking four out of each heat, so I was thinking ‘I gotta go here,” Turner recalled.
“The top opened up and I just hooked the cushion funny with my right front and it tossed me. It made for a long night and busy next day, but my crew did an amazing job and we got the car ready again for the next night.”

On Tuesday, Turner faired much better as he scored a heat race win. Unfortunately come Feature time, the residual effects of Monday’s wreck were felt again when a small mechanical failure caused Turner to drop out of the race. It was disappointing for Turner, to say the least, who had raced from the 10th starting spot to seventh in the first three laps before the problem occurred.

“A $2 part cost us and caused the engine to shut off,” Turner explained. “It worked all night to that point and then it quit. That kind of stuff happens though. We probably would have ended up about there, but it would have been a solid sixth or seventh-place finish against some tough cars. I’m really proud of how resilient our Burger Barn Team was throughout the week.”

For additional information on Turner’s remaining events at Ohsweken Speedway with the Southern Ontario Sprints, visit www.OhswekenSpeedway.ca and www.SouthernOntarioSprints.ca.