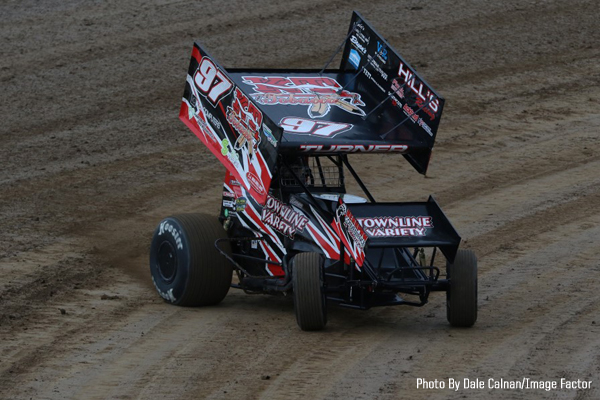 CAISTOR CENTRE, Ont. – May 24, 2017 – Cory Turner’s impressive start to the 2017 season continued last weekend as the driver of the KT Tobacco/Silo Wireless Hill’s Racing No.97 drove to a fourth-place finish at Ohsweken Speedway on Friday night. The top-five result marked the third-straight for Turner to start the season.

“Our team’s been really on the ball,” Turner said. “Part of our success is we’ve been really good in our heat races. We’ve been in every redraw and it always makes it easier when you start up front.”

Turner was equally strong in his heat during the Ohsweken opener. Starting fourth, Turner raced his way to second to earn enough passing points for qualification into the redraw. He pulled the fifth starting spot for the main event.

“The good thing is you can kind of control your own destiny with passing points if you have a good heat race,” Turner said. “I knew the other night that going fourth to second I was guaranteed to be in the redraw. We had a really good car in the heat race.”

At Feature time, Turner felt the car was slightly off to start the 20-lap main event. However, it improved as the race wore on and he worked to take fourth by the midway point.

“I was just a little tight in the Feature,” Turner said. “I wasn’t quite as versatile as the cars in front of me. I was kind of trying to use the whole racetrack just to free myself up.”

While Turner wasn’t able to catch the leaders, his lap times showed he had the same speed. As much as Turner would have liked to earn a win himself, he was excited to see his teammate Alex Hill pick up the checkered flag.

“Mid-race, my lap times were right on the leaders,” Turner said. “Alex won and I could see her at the end of the race, which is good. It was awesome that she won. It’s great for our team.”

After the strong start to the season, Turner will return to Ohsweken for the second night of competition on May 26. Weather permitting, the team will then venture across the border to compete with the Empire Super Sprints on Saturday, May 27 at Canandaigua (NY) Speedway.